You are here: Home / Danny Murphy and Associates / Expect Modest Price Growth in Housing Market in Next 12 Months

With rising inventory and modest expectations of demand growth, REALTORS® responding to the October 2014 survey expected home prices to increase modestly in the next 12 months, according to data gathered from the October 2014 REALTORS® Confidence Index Survey. Local conditions vary with expectations anchored on factors such as the level of inventory, the state of the local job market, and credit conditions.

Expect Modest Price Growth in Housing Market in Next 12 Months

[2] In generating the median price expectation at the state level, we use data for the last three surveys to have close to 30 observations. Small states such as AK,ND, SD, MT, VT, WY, WV, DE, and the D.C. may have less than 30 observations. 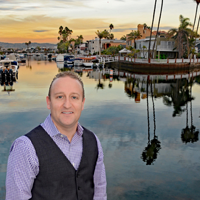 Dreaming of a walk-in pantry? Our listing at 5460

Have you ever wanted to know the value of your hom

Snow Party Event at Newland Park was a HUGE succes

Had a great time today in one of the neighborhoods

Our listing at Christopher Drive is located in the

Come on out to our open house this Saturday from 1

With 4 spacious bedrooms, plus a loft, and 3 baths